The global pandemic has adversely affected the socio-economic climate and many businesses are facing the harsh reality of retrenchments and closure.
Employees are also facing some harsh realities such as job losses and the rise in the cost of living. Employees are entitled to express their dissatisfaction with the current socio-economic climate and the impact it has on them through protest action. Under these circumstances it can be expected that there will be an increase in protest action.
The Labour Relations Act 66 of 1995 (the LRA), protects an employee’s right to participate in protest action provided certain procedural requirements are met.
The LRA defines protest action as,
the partial or complete concerted refusal to work, or the retardation or obstruction of work, for the purpose of promoting or defending the socio-economic interests of workers, but not for a purpose referred to in the definition of strike.
It is important to note that there is a clear distinction between protest action and strike.
As mentioned above, employees have a right to participate in protest action provided there is compliance with section 77 of the LRA. This section does not apply to employees engaged in essential service or a maintenance service. The protest action must have been called by a registered trade union or federation of trade unions.
On 25 September 2019, in the case of Business Unity South Africa v Congress of South African Trade Unions and Others (J1908/19) [2019] ZALCJHB 252; [2020] 1 BLLR 38 (LC); (2020) 41 ILJ 174 (LC), the Labour Court (LC) found that the Congress of South African Trade Unions (COSATU) had failed to comply with the provisions of section 77(1) of the LRA. Therefore, any person who participated in the intended protest action would not be protected by section 77 of the LRA. COSATU was interdicted and restrained from proceeding with encouraging or enticing employees to engage in the intended protest action until they fully complied with section 77 of the LRA. COSATU appealed this decision by approaching the Labour Appeal Court (LAC).
On 27 November 2020 the LAC delivered judgment in Congress of South African Trade Unions and Another v Business Unity of South Africa and Another (JA97/2019) [2020] ZALAC 51. The meaning and scope of section 77(1) of the LRA was central to this appeal. In interpreting section 77 of the LRA the LAC considered the constitutional rights which are associated by this section and concluded that the section requires an interpretation which gives viable meaning to its purpose and content to these rights.
The LAC set out the interpretation of section 77 of the LRA to include the following:
• an initial notice would be issued by the party wishing to protest, this notice would set out the reasons for the protest action and the nature thereof (section 77(1)(b) of the LRA).
• The matter would then be considered by the National Economic and Development Labour Council (NEDLAC – the Second Respondent in this appeal).
• There would be an attempt at resolution, if there is no resolution there would be a notice in terms of section 77(1)(d) of the LRA, within the prescribed period set out therein (14 days), the protest action would take place.
• Once the protest action is completed (in this case it was a day) that would be the conclusion of the protest action in compliance with section 77(1) of the LRA.
The LAC disagreed with the LC’s interpretation of section 77 of the LRA and found that there was compliance with section 77 in terms of the procedure as set out above. The appeal was upheld with costs and the order of the LC was set aside.
The LAC’s interpretation of section 77 of the LRA provides some guidance on the procedural requirements for protected protest action. 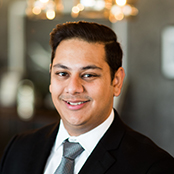