Many companies have limped their way through lockdown and have survived by cutting costs, predominantly through retrenching employees, and developing innovative business strategies to align with a changed market. The net result: companies have let go employees who have the know-how to commercially cripple their businesses by either competing with them, or “stealing” their clients.

Companies are now desperately seeking to protect their proprietary interests to curtail this undesired effect. The mechanism to do so is a restraint of trade clause in the employment contract.

These interests include trade secrets, know-how and their client base. The proprietary interest to be protected must be weighed up against the limitation placed on the employee’s freedom to trade, in other words, the employee’s right to earn a living using the skills and expertise of their profession or occupation. In the case of Magna Alloys and Research (SA) (Pty) Ltd v Ellis 1984 (4) SA 874 (A), the Court confirmed that a restraint of trade clause is enforceable until proven otherwise – reinforcing our common law principle that all South Africans are free to contract as they see fit.

The onus is therefore on the restrained employee to prove that the restraint of trade clause is not only unreasonable, but contrary to public policy. In making a determination on whether a restraint is unreasonable and against public policy, the Court will consider various factors including the duration of the restraint, the area in which the employee is restrained from operating and whether the employee is able to earn a living. Importantly, the Court held in the Magna case that it will look at all the facts and circumstances that are prevalent at the time the restraint is sought to be enforced, and not only the commercial climate in which the contact was originally concluded.The Court acknowledged that the circumstances may be drastically different from those that were relevant when the contract was concluded.

COVID-19 According to Stats SA, the South African economy shed 2.2 million jobs in the second quarter of 2020 – the largest quarter to quarter decline since the survey started in 2008. To state the obvious, the pandemic has clearly had a negative impact. Judges will be cognisant of the shift in the economy and will be loath to enforce restraint of trade clauses in circumstances where an employee, due to COVID-19, has been retrenched but is being prevented from putting bread on the table due a restraint of trade. So how do companies protect their proprietary interests in these trying times?

A pragmatic approach to restraint of trade clauses

Companies should consider constraining their restraint of trade clauses to protect only those proprietary interests which are essential to the success of the business. It would, in the writer’s view, be difficult for a Court to declare a restraint of trade unenforceable in circumstances where it protects those proprietary interests without which the business would collapse and potentially more jobs would be lost.

As a restraint of trade can only be enforced when there is an agreement in place, the most pertinent time to obtain the restraint is when the employee first concludes the employment contract, alternatively, when an employee is promoted as the offer of promotion will be on new terms and conditions between the parties.

In the current economic climate, it is advisable to review all restraint clauses to align them with the principles set out in the Magna case, including tailoring them such that they are considered to be reasonable and not against public policy. 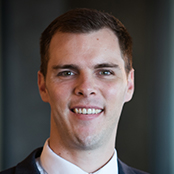