SINCE the answer is obvious, there is one question that need not be asked by anyone in the business of importing or exporting goods or arranging their carriage over land or by sea or air: Cargo must be insured.

Having said this, I do, from time to time, come across instances where goods are not insured because the owner believes they will not be lost or damaged, or relies on the carrier to have insurance. It is only when something goes wrong and the cargo is lost or damaged, that the owner realises they made a mistake. When this happens, they have the unenviable task of trying to recover the loss or damage from the guilty party. They will then discover just how difficult this is when they are faced with contractual terms that absolve the carrier from liability or an international convention that limits the liability. Having come to the conclusion that it is prudent to always insure goods the question arises about who can take out insurance. The owner of the goods and a party who bears the risk of loss or damage can do so.

In a sale transaction, however, ownership in the asset sold will at some stage transfer from the seller to the buyer. Once that occurs, the seller will no longer have an insurable interest and will not be able to insure that asset beyond the point of transfer of ownership.

The passing of risk from one party to another, such as in the sale transaction, is usually determined by the terms of the contract. For example, it may be agreed between the seller and the buyer that when the cargo is loaded on to a carrying vehicle, the risk will pass from the seller to the buyer. At that point ,the insurable interest will also pass.

In international sales transactions use is made of an Incoterms (international commercial terms) such as FOB (free on board), CIF (cost, insurance and freight) and CFR (cost and freight). These Incoterms dictate when risk passes from the seller to the buyer. For example, with an FOB or CIF sale, the risk passes from the seller to the buyer on the loading of the asset on to the vessel, which will be carrying the asset to its destination. Certain Incoterms are used only when sea
carriage is involved while other Incoterms are used for sea and other carriage. It is important to identify and use the correct Incoterm and not one exclusively used for sea carriage in respect of land carriage.

This is not a punt for insurers, but simply practical advice. If the asset being exported or imported or being carried is insured and there is loss or damage then if it is insured you simply need to lodge a claim with your insurer. Provided you have complied with the terms of the policy and provided the cause of the loss or damage is an insured risk covered by the policy, the insurer will pay you out and then endeavour to recover what has been paid from the guilty party. If, however, you are not insured you will suffer the loss yourself and then be faced with all the attendant problems of trying to recover from the guilty party, which is time consuming and expensive and you have no guarantee of being successful. 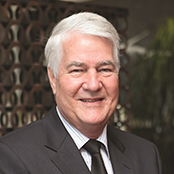