Although the function and purpose of homeowners' associations are indistinguishable from those provided by municipalities and body corporates, their rights to veto the sale of property in the event of outstanding levies have not always been recognised when a member has been placed in liquidation or sequestration.

On sequestration of the estate of one of its members, the homeowners' association's demand in the case of Koka NO and Others v Willow Waters Homeowners' Association was made on the basis that the outstanding levies and building penalties are akin to realisation costs stipulated in s89(1) of the Insolvency Act which goves a local authority or a body corporate under the Sectional Titles Act the power to veto transfer of immovable property until all money owing by the transferor is fully paid.

The court's ruling that the rights of homeowners' associations as noted in title deeds do not constitute real rights enforcable against the world was overturned by the Supreme Court of Appeal where it was held that a condition in title deed of immovable property which prohibits the transfer thereof without the consent of a homeowners' association constitutes a real right. Thus, on sequestration or liquidation, the trustee or liquidator acquires the property with all restrictions associated with it and is bound by such provisions.

The court of appeal held that a title deed condition or "embargo" provision does not confer a statutory preference on the association's claim which claim indeed remains concurrent in the insolvent estate, but it does confer an "effective preference" in respect of  the claim in that amounts paid in order to enable property sold by a trustee or liquidator  to be transferred to the buyer will be included in the cost of maintaining and conserving property to which reference is made in the Insolvency Act. Likewise, to discharge their duty to sell property, the trustees or liquidators must pay the outstanding levies and/or penalties due to homeowners' associations as part of "the cost of... realising  any property" within the meaning of s89(1) of the Insolvency Act, out of the proceeds of the property.

The embargo provisions have therefore been found to be eral rights enforcable against trustees or liquidators as any other determination would deprive the association of the effective tool for ensuring collection of levies. 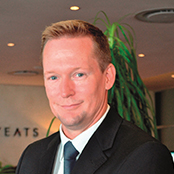