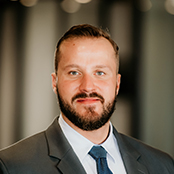 Peter joined Cox Yeats in 2010 as a Candidate Attorney, whereafter he was appointed as an associate and in 2015 was appointed a partner. Peter completed his LLB at the University of KwaZulu-Natal in 2009, after matriculating from Durban High School. He practises in the Construction, Engineering and Infrastructure Law Team and also deals extensively with procurement related issues. Peter was appointed as a member of the Joint Building Contracts Committee Drafting Panel in January 2018.