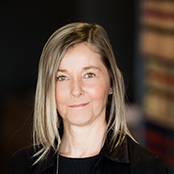 Tina graduated from the University of Natal with degrees BA and LLB in 1988.  She commenced her articles of clerkship with a prominent Durban law firm in 1989.

She was admitted as an attorney 2 years later and continued as a professional assistant with the same firm.  In 1992 she was admitted as a partner to that firm where she practised until the end of 2006 when she founded Halstead Paola together with Lazelle Paola. Tina qualified as a conveyancer and notary public shortly after her admission as an attorney and specialises in property, town planning and notarial work, commercial law and contracts, property development and general litigation.

During her conveyancing career Tina has acted on behalf of all major financial institutions and has attended to the property related work and conveyancing for several prominent property developments. Tina has also been involved in the establishment of a number of residential estates in Kwazulu-Natal, which includes the formation of various homeowners associations and body corporates. Tina joined Cox Yeats in June 2016, when Halstead Paola merged with the firm.